Beat the Rush, Not the Quality! 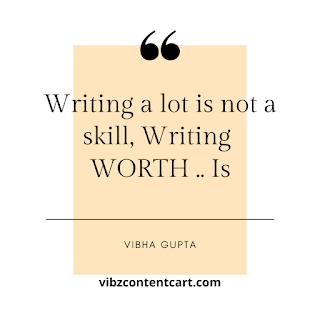 BEAT THE RUSH, NOT THE QUALITY

Ever thought what is the purpose of writing something?
Well ... formal or informal, personal or professional, serious or casual..every line has a meaning.
But along with the literal meaning of the lines, should we not care about the meaning BETWEEN THE LINES?
What do you want your reader to understand?  At what level you want your reader's persuasion to reach?
How closely you want to evoke the experience in your reader?
Often even the best of the writers succumb to the deadlines and what you get is a 'Regular Basmati Rice' to be precise!
And then, what lingers in a reader (the client's) mind is, " Ye Basmati Rice hi hai na....?"
Writer: " Haa...kyu? "
Client: " Nahi ji, khusbu nahi aayi na, par koi baat nahi khila khila toh lag raha hai na..."
Writer: " Eh.....OK."
So, what you wanted to serve is not actually served. It is just prepared and kept on the table to eat.
The solution lies in a mutual understanding between the client and the writer.
And if its a sheer business wherein money is speaking, then restrict your promises to deliver the best.
Simply...because, MONEY CAN MAKE YOU RICH, BUT MONEY CAN'T BUY RICHNESS!!
Writing is spiritual. Writing is self-connect.
You are not a word processing factory. You spin ideas, thoughts..in fact, meaningful thoughts.
Write LESS.  Linearly Engaging Selling Stuff
Some quick tips to avoid such kind of situation is:
That's all Gyan for today!
Writing Less:))
Can you smell BASMATI!!!
Happy Writing💪

- September 29, 2020 No comments:
Email ThisBlogThis!Share to TwitterShare to FacebookShare to Pinterest
Labels: Content Writing, From the Author, Management, Marketing

Personal Branding - How to Discover YOU in the Crowd! Discover the Writer in You! 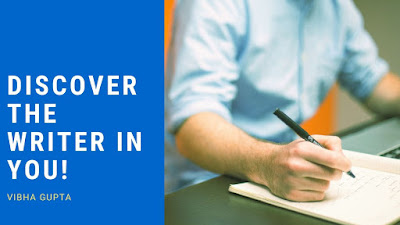 My Journey
I am an accidental writer. Never thought that I would land up this way in the writing field and words will be my second skin.
Having done everything.. corporate job, teaching in a college, tutoring to management, never felt so satisfied as I am now, a writer.
But there were times when I used to ask myself. What defines a writer? Am I truly justifying or even somewhere nearby to the definition of a writer. Is there any benchmark for denoting someone as a writer?
Complex vocabulary?
Grammar?
Tone?
Sentence Structure?
Writing Style?
Connection?
All these questions bothered me. But I didn't stop and kept on writing. My mind and heart started directing my fingers, bringing down the whirlpool of thoughts. Mind and paper continued talking. That white sheet was not blank anymore. It had words....the blueprint of my thoughts. There was no looking back as I couldn't find the STOP button later.
So this was me. How did you discover the writer in you? 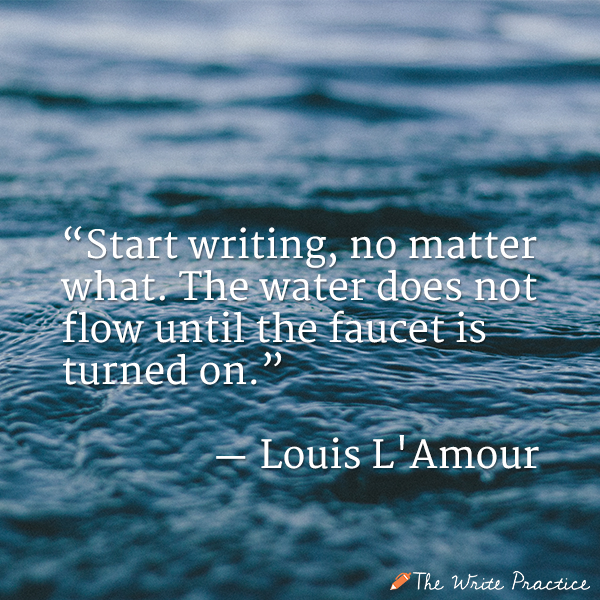 Often we think, how to start? Does writing happen all of a sudden?  The following steps can slowly guide you to the pavilion.
Step 1: Understanding and Sorting Yourself
Step 2: Read → Process → Write
Step 3: Take Care of the 5 C's 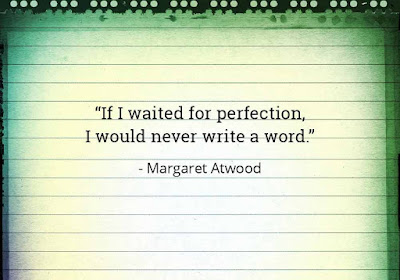 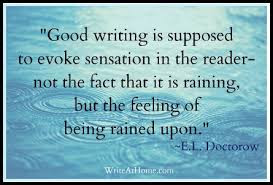 So these were the basic steps to get started as a writer. There might be failures. There might be disapproval. But nothing should deter you until you have the passion to write and it gives you a kind of creative satisfaction.
Write from your heart. Let your write-ups connect with the audience. It's never late!
As I sit down....holding my pen,
I wish to write, as long as I can.
In my reeling words...you can see me,
Life in joy and sorrow, let it be.
Moments and Experiences, all dark and bright,
Shades of feelings color this white.
Every day  create something fresh and new,
Keep going to discover the writer in you.
- July 02, 2020 No comments:
Email ThisBlogThis!Share to TwitterShare to FacebookShare to Pinterest
Labels: Content Writing, Marketing

Thank You. We are good to roll.
'She'
She is confident.
She is a home maker.
She seeks value for money product.
She is assertive.
She leads the scene by examples.
She loves bargaining.
Clad in a white saree with light blue floral print. Hair neatly tied in a bun. Forehead adorned with a typical big red bindi and two curly fringes of hair on either side.  Mesmerising expressions complete her facial aura.
The Unforgettable Scene  & Our BhaiSaab!
Vegetable Market. A  routine banter of bargaining between the vegetable vendor and her.  She effortlessly asserts to not pay a single penny more for vegetables. While the subziwale bhaiya is struggling with her bargaining, our beloved Bhaisaab's voice breaks the scene and mocks her for bargaining every time so much on one side and  purchasing an expensive detergent powder 'Surf' on the other side.  But will this go so easy with her?
The very next moment, she starts presenting her reasoning to buy that washing powder against other available options with great confidence and convincing expressions. She strongly depicts how even after buying an expensive product she supports her decision based on the quality vs.quantity facts. After she is done, she comes back to subziwale bhaiya and resumes her trademark bargaining. The subziwale bhaiya literally surrenders to her wit and intellectual charm. Who is she?
Her identity is incomplete until she shoots the invisible Bhaisaab and the audience with her ultimate statement.
"Bhaisaab......Surf ki kharidari mein hi samajhdari hai!!"
Perhaps by now most of us know who we are talking about. 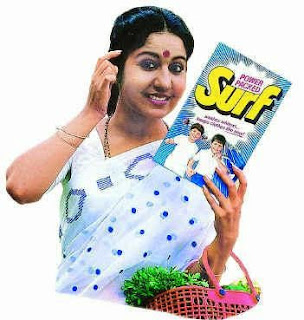 One of the most popular fictional character of the Indian Advertising Industry, "Lalitaji" portrayed by Kavita Chaudhary.
Little did Alyque Padamsee, the legend ad maker of Lintas knew, that what history this ad is going to create in the advertising industry of the 80's.
This ad was an epic reply to it's prime competitor 'Nirma' whose ads dazzled initially the viewers with jingles and charming models.
Even though the Surf Ad had no catchy jingles or models. It still raced ahead whenever Lalitaji went on a mission to make Bhaisaab understand the concept of smart buying and not going for cheaper products.
Let us revisit the old lanes. Click on the link below to meet our Lalitaji!
https://www.youtube.com/watch?v=ALxiXkHxqCc
The raving popularity of Lalitaji proved that a homemaker's reasoning and experience is not a thing to challenge. Her daily dance with the resource management at home, makes her a buyer with a clear mindset and unbeatable oomph of confidence.
So Lalitaji succeeded in a big way in attracting a significant market share for Surf, amidst a deep neck competition. Her flawless easy going tone of  communicating made it look so natural that every home maker started to resonate with her thinking. The mental barrier to go for a costly detergent powder for the sake of good quality was broken.
"Sasti Cheez kharidne mein aur Achchi Cheez Kharidne mein Fark hota hai!!"
This was the start. Lalitaji kept swaying the masses with her oomph and smartness in a series of ad campaigns. Her strong first impression helped in exemplifying her as a conscious mother in the later ads. The combination of a caring mother as well as a sorted finance manager at home, made her the face of Surf.
In short, with every incident, our beloved Bhaisaab became just more and more samajhdar! Thanks to Lalitaji!
Marketing Lens view🔍
The ad may be  decades old, but the marketing lessons delivered by this ad wave is applicable even today:
Inspiration

The image of Lalitaji is now immortalised and will remain a memorable face of 'Surf'. Her banter with Bhaisaab undoubtedly brings smile and races hearts till date.
Way back in 80's her character in the ad, inspired homemakers to be the chief decision makers, smart buying and confident management of household budget.  Women understood the importance of having their own voice and assertiveness in a male dominated world of those times.
She is a true inspiration in terms of an Ad Model. Perhaps the world literally forgot who is Kavita Chaudhary, the woman who played Lalitaji in the ad!
Kavita Chaudhary later did two serials. Today she also owns a production house, but who knows all this? Her entire life got a irreplaceable cover of 'Lalitaji', who made our Bhaisaab samajhar!
A true ad icon.
- June 25, 2020 No comments:
Email ThisBlogThis!Share to TwitterShare to FacebookShare to Pinterest
Labels: From the Author, Marketing, Nostalgia
Older Posts Home
Subscribe to: Posts (Atom) 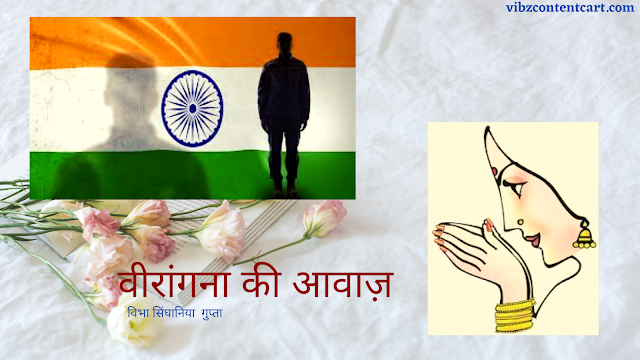 Vibha Gupta
Hyderabad, Telangana, India
Vibha is BMW - Beautiful Mental Wreck. Not really!:) But yes, I love writing, talking and eating. Listening music and cooking refreshes me. Bathroom singing is my forever passion. Professionally I am goal oriented and believe in productivity and sincere work. Life Motto: Live and Let Live. For everyone has just one life. What's more? Find out through my blogs!